Ahead of London Pride on 6th July, and in recognition of Pride Month, we’re celebrating with some super-inspiring people from our very own head office.  Join as we chat to Andy, Dan and Tim about inclusivity, diversity and what to means to be your true authentic self in our exclusive Q&A. What does Pride mean to you?

Andy: Pride is being  proud of who you are and overcoming prejudice.

Dan: Pride is and was a protest – it didn’t start as a celebration but as a fight for the right to exist. There have been massive steps in the fight for equality but it’s still a fight that’s as relevant today as it was at the time of the Stonewall riots in ‘69.

Tim: The opportunity to celebrate who I am as a person with other people in the community in a happy, loving and safe environment without any fear of receiving any abuse or persecution.

How would you describe the authentic you?

Is there any advice you would give to your younger self?

Andy: Enjoy life and be true to yourself. Let live.

Dan: Embrace your new brothers and sisters. They’ll become your best allies and some of your biggest supporters.

Tim: Be who you want to be and don’t worry about what other people think of you. If they don’t like you for who you are then you don’t need to concern yourself with them. How do you normally celebrate Pride?

Andy: A few drinks with friends before we go to the event.

Dan: I always try to go to one Pride event every year with friends; we laugh, we dance and we take some time to celebrate all we’ve achieved. So far, I’ve done Manchester, London, and Brighton. Amsterdam would be fabulous and is on my to-do list!

Tim: I have celebrated Pride in many different ways. The first time I ever attended an event was in New York  where I watched the parade. Since then, I have attended three London Pride events, two of which I have marched in the actual parade. I also have attended Brighton Pride last year, watching the parade with my partner and friends. This year I’ll be going to London and Brighton Pride with more friends than ever before, attending the Brighton show where Kylie will be performing. We are making a real event of Brighton this year and are all going to go down there for the whole weekend.

What is your best ever memory from a Pride celebration?

Andy: A party in Brockwell Park with music tents,then a party afterwards in the evening in a 22-floor tower block being trapped in a lift with 20 drag queens for over an hour! You can imagine the hilarity when we all had to be saved by dashing firemen – their faces were a picture!

Dan: When I was 16, I marched in my first Pride parade as part of an LGBTQ+ youth group. Everything was so bright and vivid, it was like I’d stepped in to another world or a special member’s club. I think I felt more ‘me’ than I ever had.

Tim: Marching in the Parade was amazing but my favourite was probably last year in Brighton with my partner. We attended the event together and got a really great picture on Brighton Beach with me on his shoulders and both of us wearing our respective Pride flags.

Do you feel it’s important for businesses in general to promote diversity and inclusivity?

Andy: Definitely. We are all humans and all each have our own specialities that add to the business.

Dan: Definitely! Not only does everyone want to feel that they belong and have a voice, but to go a bit HR on the subject, businesses with high levels of diversity perform better on average than those that don’t.

Tim: Yes I do. We are very lucky here and in the industry in which we work where people are so inclusive and accepting by their nature but there are many industries where this is not the case. I think it’s really important to have all genders, sexual orientations and races to be seen in a positive light and celebrated for the ways in which they contribute to the world. What changes would you like to see in the industry generally to promote diversity?

Andy: Let people be who they want to be without shame. It’s hard enough for some people already. Gay, straight or transgender, we are all humans.

Tim: As amazing as it is that everyone gets behind the Pride celebrations during the summer, I think there needs to be more year-round recognition of the hard work these people do for the companies and industries.

What difference does it make, working for somewhere you can be your authentic self?

Andy: It’s so good not having to live two separate lives and not have to suppress who you are.

Dan: Every difference. If you enable someone to authentically be themselves then that person will undoubtedly champion the business back in return.

What would you like to see the business doing next in its promotion of inclusivity and authenticity?

Andy: I think that we should join in the Pride celebrations like other companies – it would be great if we could show our support as a business.

Dan: I would like to see more diversity of and work done with the wider LGBTQ+ spectrum – who are our lesbians/trans/gender non-binary customers? Where are they represented? How are we communicating to them? 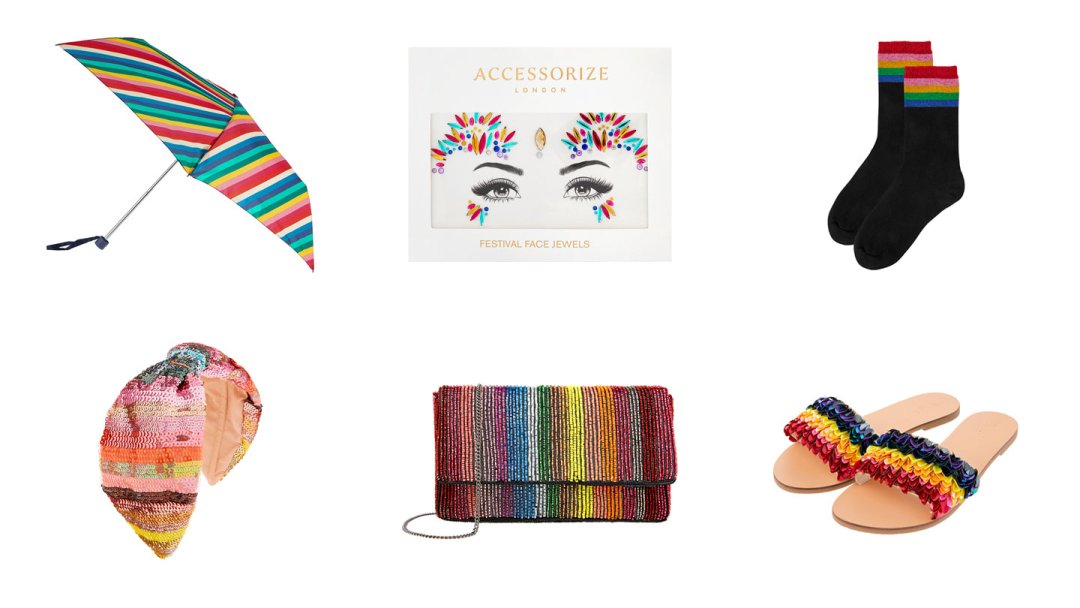 How to Choose the Perfect Sunglasses for Your Face Shape