Susie Ma is the Founder and CEO of Tropic Skincare, a multi award-winning, scientifically-backed, plant-based and cruelty-free beauty brand. Celebrated as one of the UK’s most successful female entrepreneurs, she was named EY’s Entrepreneur of the Year and is recognised as a Forbes 30 Under 30 honouree.

Named as the UK’s fastest-growing beauty brand for five years running by The Sunday Times Virgin Atlantic Fast Track 100, Tropic Skincare’s success is an evident accolade for Susie’s own drive and determination.

What does IWD mean to you?

IWD (or Women’s History Month) to me is all about empowerment. The fight for equality is far from over and we have a long way to go to make the world a fair place for females, especially in communities and countries far less privileged than our own.

This month serves as a reminder that we must be bold and we must stand up for what we believe in, even in the face of adversity. It’s a lot easier to accept things the way they are than it is to question the status quo and make a stand, but there can be no change without challenge. This occasion reminds us that we have the power to instigate that change, as women have for years before us and hopefully will continue to do long after we’ve achieved a more equal society – there will always be somebody’s corner to fight.

Tell us what it’s like being a woman within the beauty industry? And what challenges have you faced?

The beauty industry itself is actually better than most when it comes to gender equality and it celebrates women on the whole, but what I found most frustrating when starting out was particularly relevant to my position as a businesswoman and entrepreneur, as suppliers and associates often didn’t take me seriously. I actually had a supplier mess me around and attempt to price me out – right at the start of our Tropic journey–  because he said that he didn’t see the business going anywhere.

Why is it important to celebrate other women’s achievements?

The only way to move forward as women is to move forward together, and there are still so many communities which exist today that still don’t allow women the same rights and opportunities as men. Taking time to celebrate women simply uplifts the entire gender and empowers everybody, no matter their background – it allows the whole world to turn around and take a look at what women can do when they are given the space to reach their full potential. Every time we celebrate another woman’s accomplishments, we reinforce the message that women and girls can do anything they put their mind to if they are given the same resources and chance in life as their brothers and fathers. 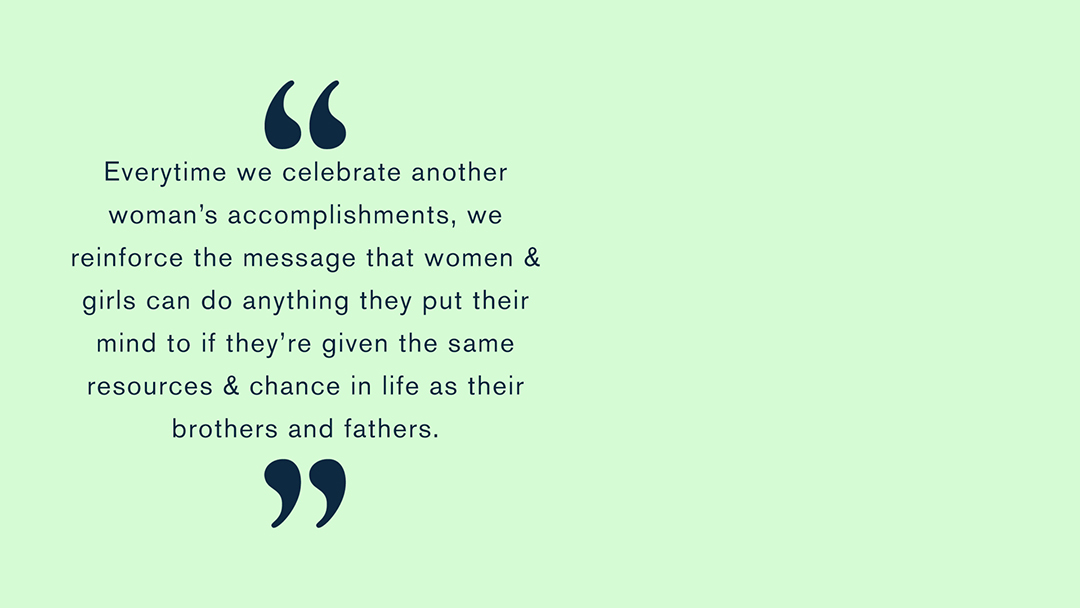 What advice would you give to your younger self, having the knowledge you have now?

Believe in yourself and don’t let anybody else determine your self-worth. Invest time and energy into things that interest you and you’ll find it a lot harder to fail at what you do.